August 29, 2014 codyheller Uncategorized Leave a comment
The nation’s top barefoot water ski athletes competed Tuesday through Saturday in the 37th annual Barefoot Water Ski National Championships at the Blue Moo in Alma Center, Wis. More than 100 athletes competed in the five-day tournament. Results are available by clicking here.  Video Feed of the event can be found by clicking here.
Jim Boyette, the world’s oldest barefoot competitor, almost didn’t make it to Nationals this year. He took a fall a week before while training and burst his eardrum. His doctor cleared him to fly just days before– and with a little ear putty, Jim put a score on the board for tricks. Jim and Joe Knapp are the only two skiers who have attended every Nationals since the first one held in 1978 in Waco, Texas.
Keith St. Onge took gold in Slalom, Tricks, and Jump, bringing home his 15th National Overall title. During the awards ceremony, Keith honored his grandfather, who passed away the final morning of the tournament.
The Age Division Finals were a new addition this year. The top skier scores from each age division (Non-Open skiers) competed in Slalom, Tricks, and Jump, regardless of age. “It was so fun that Age Division Finals were added to the tournament this year,” Betsy Gilman said. “My competition in slalom and tricks were all less than half my age! It pushed me to represent for all of the women over 40 still out there barefooting.”
It was the first Nationals for Mark Van Osdel and Kamaryn Ehlers. Kamaryn took gold in all three events and Overall. She set three pending World Records in jump with 9.2, 8.8, and 9.5. Quite the accomplishment as Kamaryn had only four jumps under her belt before arriving at the Blue Moo. “I had never been to Nationals before so I didn’t know what to expect,” Kamaryn said.  “Everyone was super nice and supportive.  evry time i got on the water people were screaming my name i got to know people from a ll over the us  it was a great environment and I loved being there. The highlight was competing with my brother (Landen) and my dad (Blake) there. It’s a family legacy. Now all three of us are National champions.”
Tournament Results, Overall:  Girls 2: Alexis McCauley , Girls 3: Jennifer Blake, Mens 1: Collin Barber, Mens 2: David Wheeler, Mens 3: Joe Lovato, Mens 4: Rick Stentson, Mens 5: Thomas Gabey , Mens 6: Paul Oman, Mens 7: Brad Barick, Mens 8: Leonard Tremblay, Mens 9: Russell Boerner, Mens 10: Jim Boyette, Open Mens: Cody Ebbert, Open Pro Mens: Keith St. Onge, Open Womens: Ariana Koehler, Womens 1: Kamaryn Ehlers, Womens 3: Betsy Gilman, Womens 4: Carla Gerstein, Womens 5: Carol Jackson, Womens 7: Sharon Carlson, Womens 8: Judy Myers
Age Division Finals: Women: Betsy Gilman, Men: Collin Barber
Other Awards:  George Blair Barefooter of the Year, (not awarded this year), Stew McDonald Lifetime Service Award, (Paul Adams), Jennifer Renee Odom Spirit Award, (Brody Meskers), Award of Distinction (Lee Stone), Barefooter Community Champion Award. (Not awarded this year) 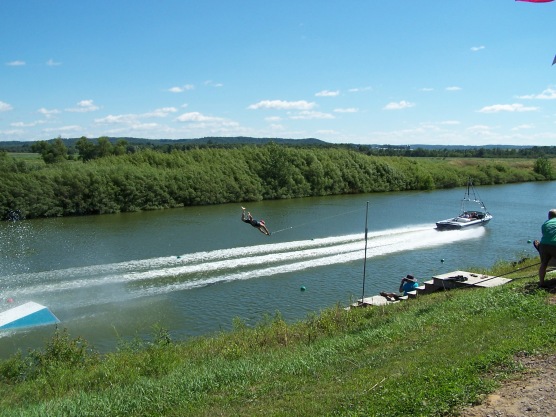 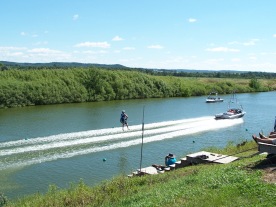 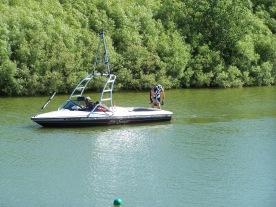 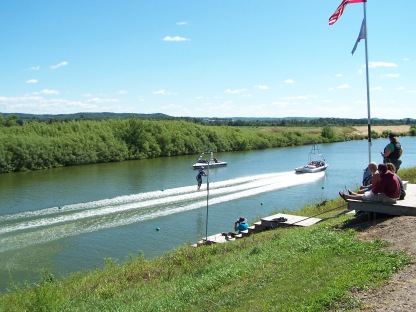 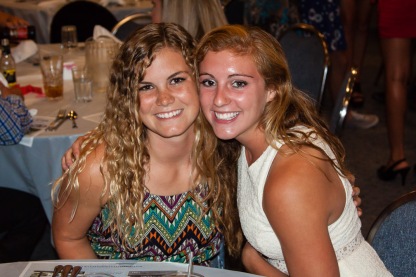 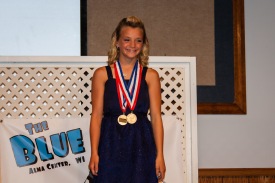 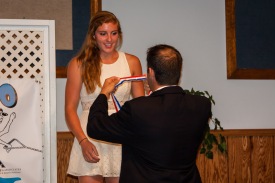 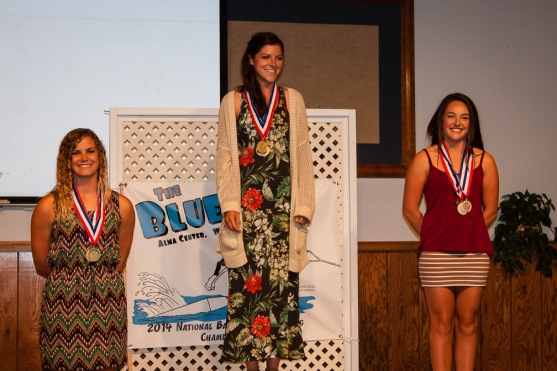 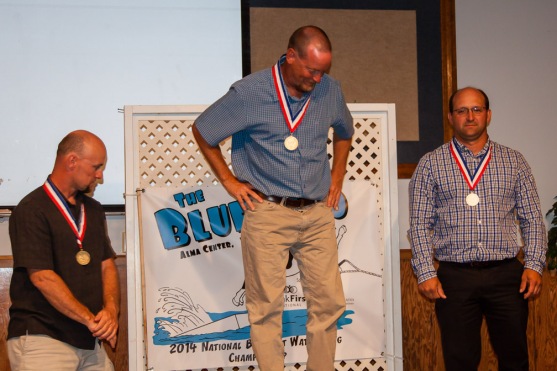 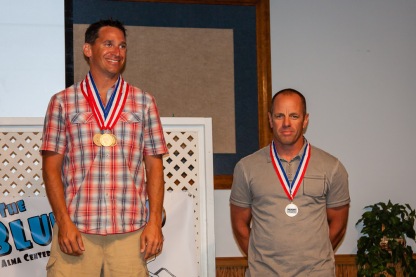 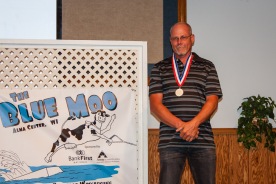 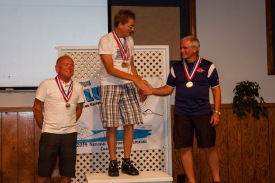 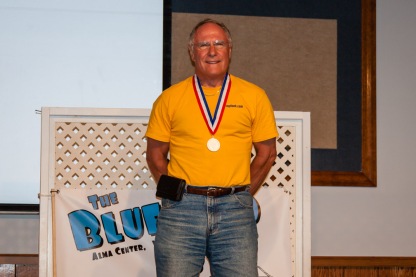 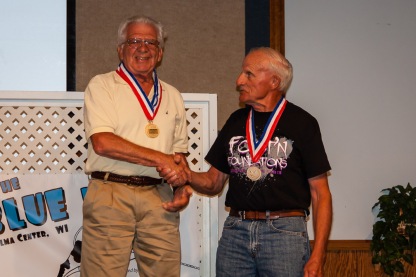 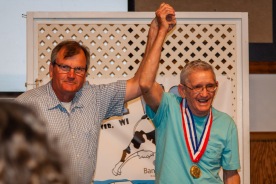 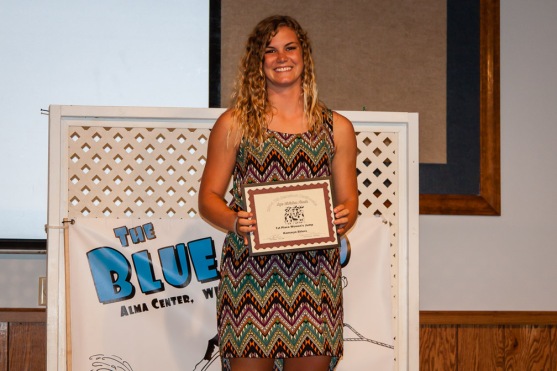 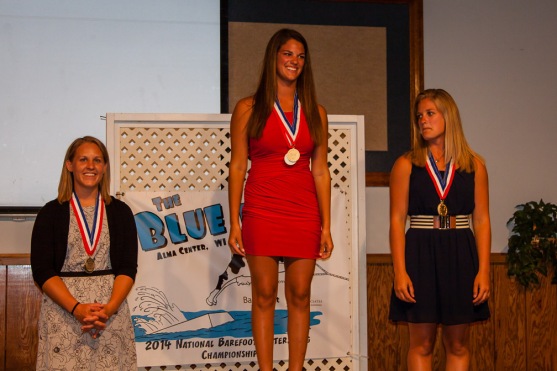 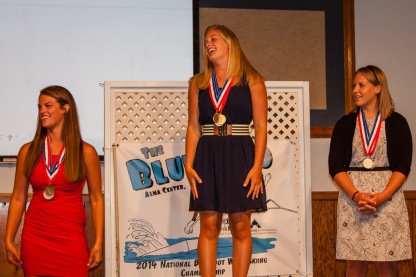 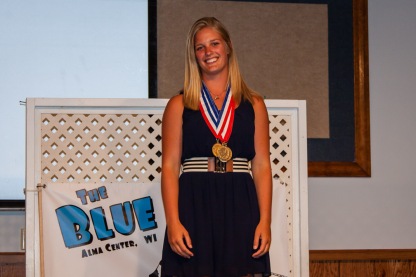