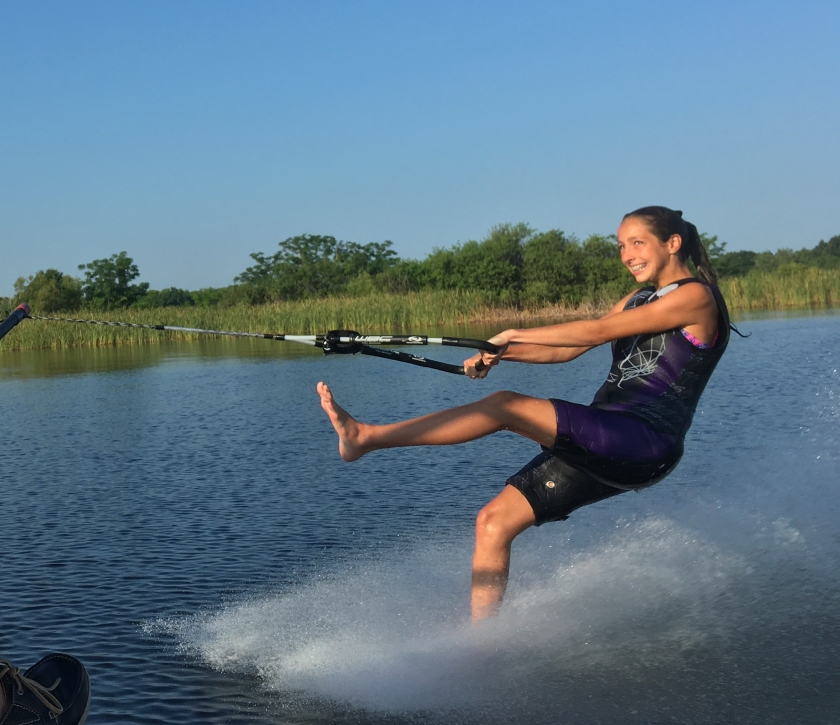 Grace Petzold does it all.

The Wisconsin 16-year-old is quietly becoming one of our sport’s rising stars.  All while becoming a force to be reckoned with in Show Skiing.

Grace may be a great barefooter and water skier, but she also gives back.

She and her family started the non-profit organization “Graceful Wakes.”

According to its Facebook Page, Graceful Wakes has a mission to enhance the quality of life through adaptive water skiing for individuals with physical and mental disabilities.

“It’s a way to give everyone the opportunity to do what I love: Water ski, “ says Grace who adds one of the highlights of being part of Graceful Wakes is water skiing with her Mom.

She and her family divide their time between Mequon, Wisconsin where she is a member of the Hodag Water Show in Rhinelander, Wisconsin and Winter Haven where she performs with the Cypress Gardens Water Ski Team.

She first started water skiing just five years ago and a year later she started barefooting.

“I saw some of the guys in the water ski show doing it and I said: I want to do that,” says Grace. And so she did. She learned the old fashioned way, by stepping off a ski. She said that was “thrilling.”

“I like the difficulty of barefooting… it’s not so nice and easy,” says Grace. “Plus, it’s kinda cool to tell people you can ski without skis.”

Her favorite trick is the front toe hold.  But she says she loves it all.

“I just want to keep beating my personal bests in barefooting and just keep getting better overall.  It’s really about being with and skiing with all the great people.”

When she grows up she wants to be a Pediatrician because she loves kids and loves helping people.

Grace says her barefoot dream is to “Learn a surface turn and barefoot as long as possible and just keep having fun with it.”