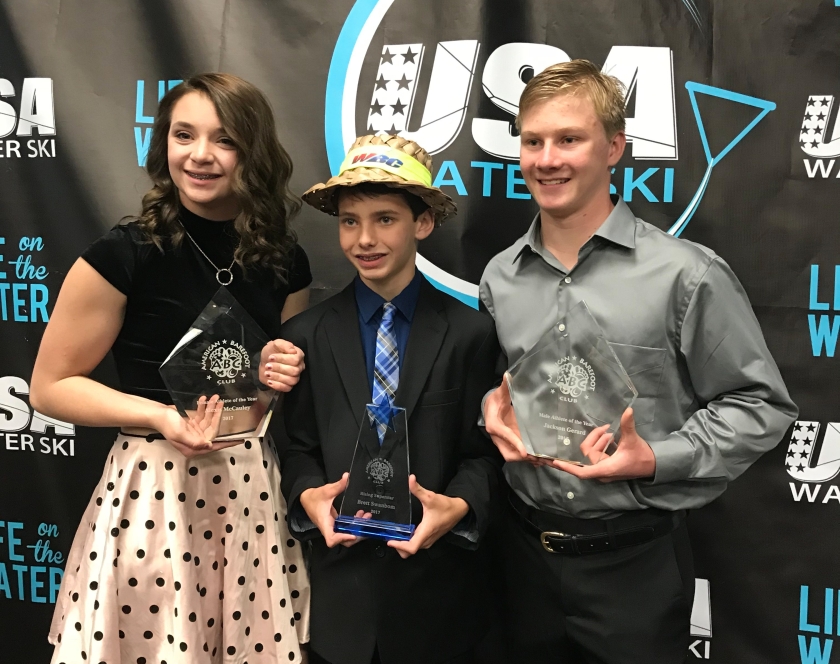 The best and brightest of the American Barefoot Club are receiving some well-deserved recognition from our governing body, USA Water Ski.

Nine sport disciplines are represented in USA Water Ski, everything from old school stick skiing and show skiing to kneeboarding and wakeboarding.

But only barefooting was represented by an incredible group of young people, all under the age of 35, at the USA Water Ski Winter Awards Banquet in Lakeland, Florida Saturday night.  And the #BarefootNation could not have been prouder! 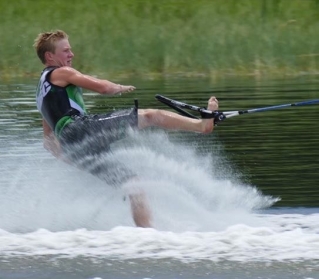 Jackson Gerard received the 2017 ABC Male Athlete of the Year award for the second consecutive year. The audience gasped when the 15-year-old’s accomplishments were listed… including the incredible feat of beating his own coaches: Keith St. Onge and David Small in the Open Pro Tricks Event at the 2017 Jim Boyette Southern Regionals.

Jackson is currently ranked third in the world and training hard for the 2018 World Barefoot Championships in August.

And also for the second year in a row… Lexi McCauley won the 2017 ABC Female Athlete of the Year.  Lexi is only the third woman in history to trick over 5,000 points and has no plans of stopping there.  The 16-year-old “Pride of Ohio” is ranked third in the world and is focused on jumping ahead of the competition at the 2018 Barefoot Worlds. 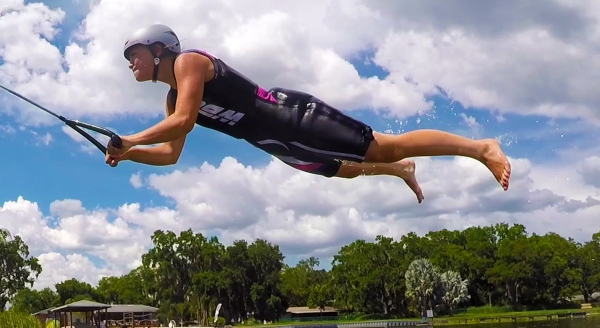 Newcomer Brett “Slalom” Swanbom wore a brand new suit and a big smile to pick up the award for 2017 ABC Rising Superstar. Brett is 11-years-old and the 2017 Boys B Overall National Champion whose jumping ability changed the rules for junior jumpers in American Barefoot Club.  Read more about Brett here.

USA Water Ski also chose the best of the best from all nine water sports,  honoring people who have gone above and beyond.

The glowing ABC Southern Regional Director Lauren St. Onge received the award for 2017 USA Water Ski Volunteer of the Year for her work in planning two consecutive Barefoot National Championships and her innovations both on and off the water.

The award was long overdue… much like Lauren’s second baby who apparently wanted to make sure Mom made it to the ceremony and at this writing has yet to make an appearance.

Landen is still in his 20’s but is focused on bringing up the next generation of barefoot water skiers.  He has hosted numerous learn-to-barefoot clinics every year in Texas for college students and children.

Congrats to all the award winners!  We can’t wait to see what 2018 brings for our incredible group of young guns!