July 24, 2020 BetsyAG Events, Tournaments Leave a comment
The ABC Board decided Nationals was just not in the cards this year and has canceled the event.  It was nearly a unanimous decision.

It’s not so much that we think the barefoot nationals would be a super-spreader for COVID… it’s the logistics for people who would have to travel to Florida for a week and then take two weeks off of work unpaid because of mandatory quarantines in their states.  OR worse, get sick and be off work even longer.

Also… many of the Chief Officials and the members of the LOC  were not fired up to travel to the Florida hot zone.  Two Chief officials from Florida were not even planning on attending.  In a small sport, that makes it tough.  A location change to Texas or Wisconsin would also have the same issues.

I stand by the Board’s decision and the buck stops right here… and here is the good news: we are looking ahead to 2021.  It’s going to be so much better than this year.

We are the #barefootnation and no freakin virus is going to keep us down for long! 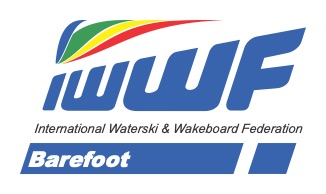 The IWWF has come up with a plan to hold the 2020 Junior World Championships, which were canceled in March.  It’s several video tournaments held in different parts of the world, at different times, judged by the same panel of judges!

There will be two junior tournaments in the United States.  On August 16, at Lake Grew in Polk City, Florida, and on August 22, at the Blue Moo, Alma Center, Wisconsin.

There won’t be any video released until the rest of the world’s juniors submit their videos and everything will be judged at the same time.  The deadline for videos is November 30, 2020.  The USA has requested a YouTube Watch Party! Stay Tuned!

Let me know if you have any questions.  You know where to find me… betsybarefoots@aol.com

But get your problems to me soon… my four-year term as ABC President is over August 23.  And a whole new crew will be taking over!!! They are going to kick butt!