Despite storms lurking and tropical moisture in the air, the Southern Region made quick work of the 2018 Jim Boyette Southern Regional Tournament on Saturday.  Between rain storms, the SoRegionSoCool Footers managed to submit some incredible personal best and world record-breaking performances at Action Water Sports, Lake Grew in Polk City, Florida.

It was a good thing Chief Judge Dale Stevens had his pencils sharpened!

The Southern Regionals marked the return of Water Ski Hall of Famer Rachel George Normand to competition after an 11 year hiatus.  And it was, well… like riding a bike.  She tricked, slalomed and jumped like she never left… and set a pending Senior Women’s World Record of 14 in Wake Slalom.  Rachel never truly left the sport, she runs a junior development program in North Carolina and often coaches other barefooters for free!  Welcome back Rachel! 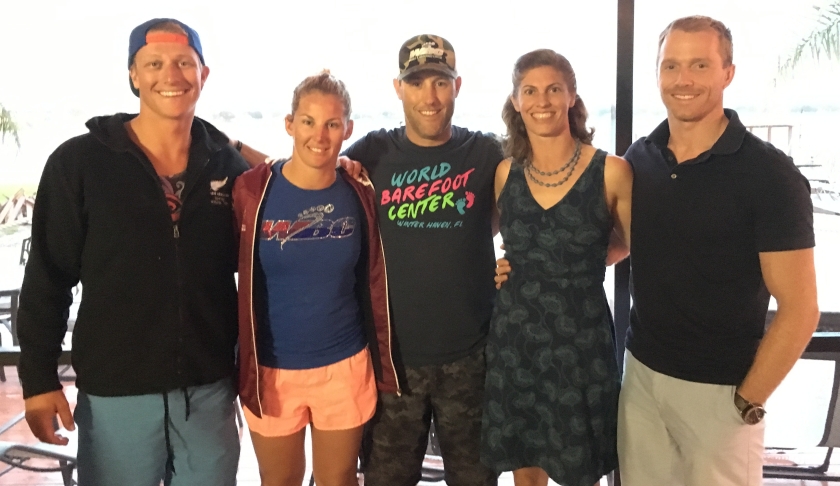 Ashleigh Stebbeings broke her own world record in Wake Slalom… scoring an 18.2.  This woman is on fire! Look out World!

KSO set two pending senior world records in slalom 19.7 and then a 19.2 in the abbreviated Boyette Bonus Round.  He may be a senior but he’s still a slalom rock star!

Junior Girls Competitor Ryleigh Stenson of Buffalo, Minnesota was a guest of the Southern Region and promptly tore up Lake Grew.

She scored a personal best of 1750 in tricks… pushing her into the open women’s division and then landed her first barefoot jump in competition!

Junior Boys Competitor Ellis Osborn kicked some hiney in tricks, scoring 1400 points and qualifying to ski in the Junior Barefoot World Championships in August!  Awesome Ellis!  Slalom is next!

Southern Regional Perennial Supporter Jorge Presas made the trip to Southern Regionals all the way from Argentina to win the Mens C Division with solid scores in slalom and tricks.

Open Pro Competitor Michael Caruso landed a 22 meter jump in the Boyette Bonus Round to kick butt and take names on Lake Grew.

“Chillin” Dillon Brouch scored a PB in Tricks of 3370… it almost woke him up!

And perennial PB-er Brett “Slalom” Swanbom once again scored a personal best in slalom of 10.5.

Eric Coryer of Gainesville, Georgia is back on the water after 11 years and had solid performances in all three events… nearly qualifying for the world championships in jump.

Massive thanks go out to Char Portman, Chris McWatters, Ronnie Meeks, Dale Stevens, Ash Stebbeings, Frank Renelt, and Ben Groen for all the set up and work at the tournament!  And of course, Bruce Walters for bringing the Bumblebee Sanger once again!

Finally… huge thanks go out to Brian Storman for catering the amazing Regional Awards Cookout!  The next tournament is the Barefoot Blowout in Conroe, Texas… sign up here! 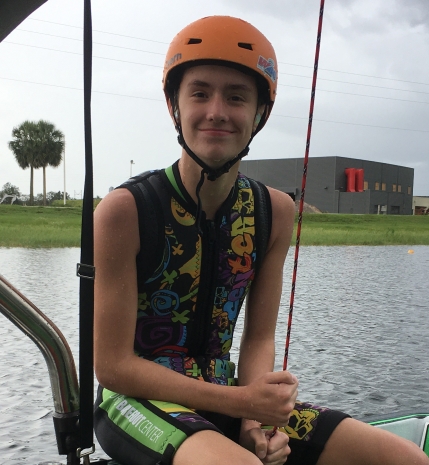 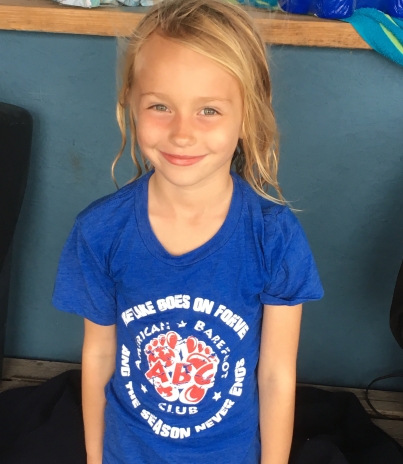