Warm temperatures, calm wind, and clear skies made for perfect conditions this weekend at the Western Regionals in Helena, Montana.  Conditions at the lake were only exceeded by the hospitality of our hosts, Brian and Linda Heeney.

Our chief driver, Tim Bailey, gave everyone excellent pulls through the day.  At the starting dock, cheers could be heard before and after every run as skiers cheered on their fellow competitors.

Easton Olsen took Boys B throwing down a 5.8 in Slalom and 1280 in Tricks.

Women B saw Andrea Formella  taking first in slalom and trick with scores of 5.1 and 1010 points.  Vicki Klein took second in both events scoring .3 and 400 points.

Master Men division had Ted Klein who skied 10.5 in slalom and 1470 points in trick.

The international division saw Fred Groen from New Zealand.  Fred skied 14.5 in slalom and had the furthest jump of the tournament of 17.5 meters!

After skiing was done for the day, we had the awards ceremony and enjoyed an excellent pasta dinner that would make your local Olive Garden jealous. 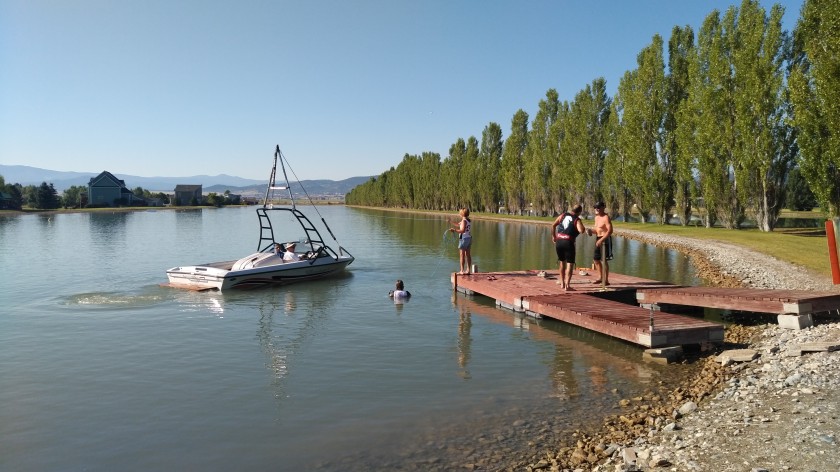 Sunday after the tournament we ran a pick and choose round of skiing for scores and practice.  Fred helped Brian with his backwards slalom form and in turn Brian helped Fred with his forward slalom form.  Fred also provided me with some jump coaching on the boom.

As we left the lake Sunday afternoon, we saw the same glass conditions we skied all weekend.  Although we skied plenty, it is hard sometimes to leave a lake while the water conditions are perfect.

Check out all of the results HERE. 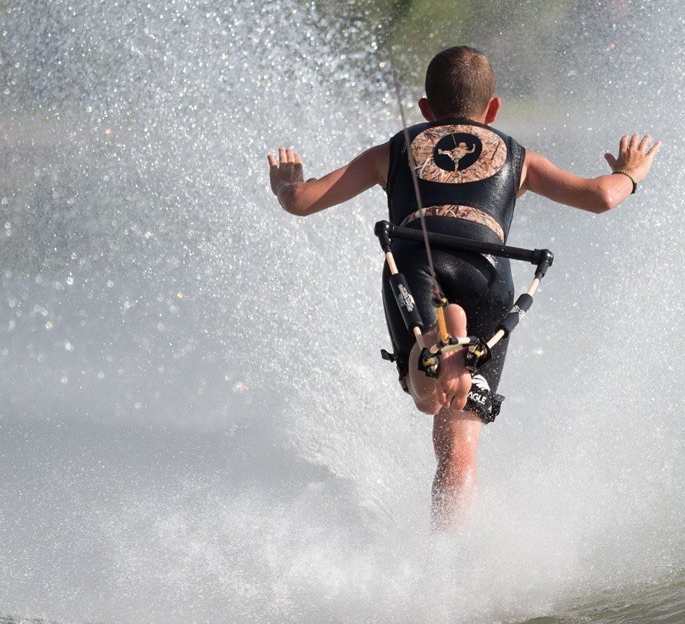