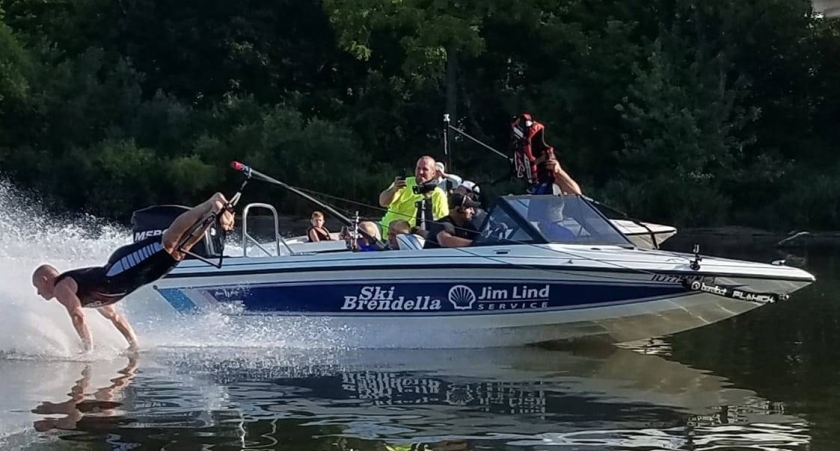 Matt Shatek is a barefooter with a plan and a bit of barefooting posse…  And he may be about to have his name in the Guinness Book of World Records.

On August 3rd, Matt water skied on his hands at 37 miles per hour for more than a mile down the Cedar River, in Nashua, Iowa, near his hometown of New Hampton.   That was more than double the distance of the current record. Six cameras recorded the feat… so no angle was missed.

Although Matt was on the boom all by himself, the record attempt was a community and family event more than a year in the making.

“We started thinking about it last summer and planned all winter.  We applied to Guinness Records in January. We knew we needed the longest and straightest river possible and there was no question, I wanted to make the record attempt close to home,” says Matt who now lives in Hastings, Minnesota with wife Patricia and son Zack but is still a proud Iowan.

Inspired by James Melter and the man who set the hand skiing record, Wayne Carrels, Matt wanted to go further and he sure did.  But he credits the friends and family who were with him all the way… crazy or not.

“It’s really all about promoting the sport of barefooting… I just love it!  And of course, it was about doing in my community with my family and friends.  That really made it special,” says Matt. 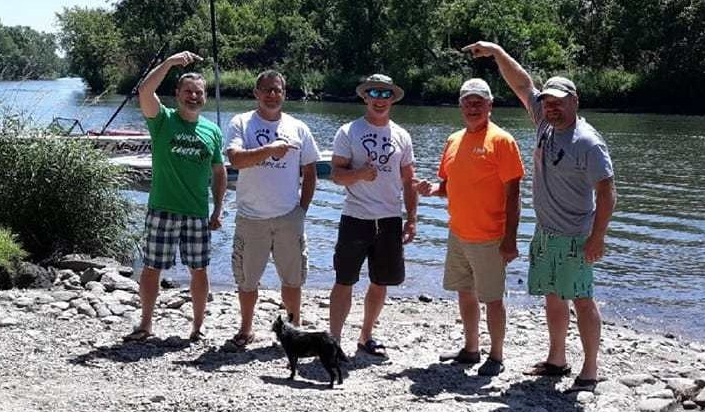 Matt, 37, started barefooting back in high school in the late 90’s when he was show skiing with the Mississippi Black Hawks.  Along with his brothers Jason and Mike, they tried different cool tricks… but hand skiing was their favorite trick of all.

“It was one of those tricks we would say ‘watch this’ and people would just say ‘that’s crazy’ and well… that made me want to do it more. That’s the show skier in me!” says Matt who is also great at barefooting on his feet.

Matt has been training all summer for the record, and when the weather forecast looked like butter chicken… it was time to go.

Three boats and about a dozen people were involved in making it happen.  Matt barefoots every Sunday with a group of friends he calls the ‘Sunday Morning Service’ Group.  And each one of them had a special role to play in his Guinness attempt. 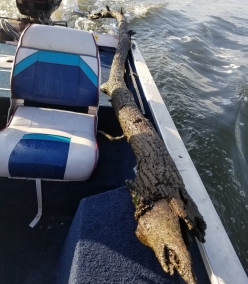 One boat took a dry run down the pass to look for debris and logs.  And Matt’s Friend Mike Grove water skied down the river so USA Water Ski Rated Driver Darin Dietz could get a feel for the run.  Matt’s Dad, Robert, was the river sweeper, plucking out some big logs.

Nashua Volunteer Firefighter Chad Sodol acted as Chief Safety and called out buoy distances to Matt.  Matt’s brother Ryan, who is a civil engineer, surveyed the course and set buoys at certain GPS coordinates so they would know exactly how far they went.

Guinness will let Matt know if the record is confirmed by December.

Meanwhile, what’s next for Matt? Well… he’s thinking about doing it again… but further and on ONE hand. We can’t wait to see that!

Congratulations Matt from all of us in the #BarefootNation